A month or go I reported on how bargainous the UK Spartan Race season pass is. I still stand by that; it really is a great deal if you want to run anything over two Spartan Races this year. However, I do have a few grumbles that have, for me, made Spartan's UK operation look a little disorganised. 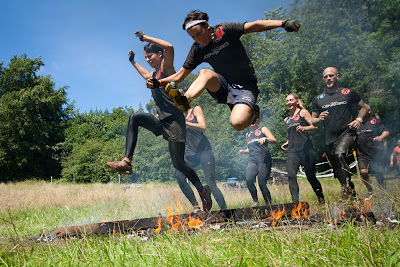 The first thing is only minor and it wouldn't really bother me unless it was combined with everything else. I ordered my season pass back in the middle of June and, after a confirmation of payment I didn't receive any other communication from them. I wasn't provided with any information about whether I'd have to book into a heat, until I chased them up. A couple of days before the event I still hadn't received a "season pass", I wasn't really sure whether I had to prove that I had one when I went to the event or not and to make matters worse a final bib number document was sent out without my name on it (nor any other season pass holders it seems). Of course I was a little worried that I wasn't registered properly, so I had to chase them up again. I was told that season pass holders don't have a bib number and that I should just show up on the day.

All of that is fair enough, but it would have saved me time and worry if they'd have just let us know that in the first place. Anyway, none of that would bother me much if it wasn't for the main cock-up.

So, the day of London Spartan sprint was awesome. Apart from a lot of queuing at the beginning of the day it was really well organised (check out my review here). I had taken part in the 10am competitive heat and had made my way to the front of the pack because I am, well, competitive. I think I got a reasonably good time and I was excited to see what position I had got. 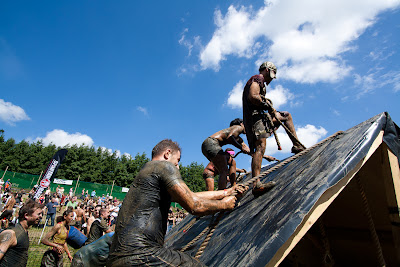 A couple of day later I received a results email and excitedly followed this link. My excitement was short lived. Neither my registration number nor my name appeared on the list. Of course I was a little concerned. Maybe my tag hadn't registered when I crossed the line? I'd be gutted if that was the case. Looking through the list though, it doesn't look like there are any season passes there.

Had any of the season passes registered properly? Well, to be honest I still don't know. Over the last month I have emailed Spartan twice, who told me to contact the timing chip company (Trumin). I have emailed Trumin three times without a response and I have even spoken to them in person at the Cambridge Spartan Race and was promised that they'd get back in contact with me. It's nearly a month on from the event and I still have no idea whether my time was registered or not.

I also assume, with no season pass holders in the results list, none of the positions that have been published are correct. So this is an issue that is affecting everyone.

In my latest email from Spartan, I have been assured that the issue has been raised with the timing chip company and that season pass times were registered. So it looks like they've been let down by Trumin but with the lack of communication pre-event, it's making them look pretty slap-dash.

I don't like to grumble, especially not with Spartan Race - I'm loving their events - they're a quality act. But come on, sort it out, your season pass holders are your most loyal customers, start looking after them a little better.